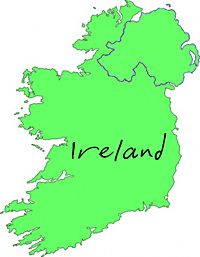 In an article entitled “Forty-five per cent of workers have suffered from RSI” published in siliconrepublic.com. There is a reference to a survey –

” … by IrishJobs.ie,  Enable Ireland and Assistive Technology Training specialists asked more than 1,000 employees about how comfortable they were as they work.”

OK, this was a smallish survey of 1000 employed individuals in Ireland, but perhaps it provides  a glimpse into how widespread Repetitive Strain Injuries actually are in the workplace. The findings showed that –

“… workers now typically spend from two to more than six hours seated at work, typing at the computer or on the phone. Of the 45pc who have experienced RSI symptoms, the back was the most affected area, followed by the neck, wrist and hand. Arms and shoulders were also seen as problem areas. More than half of survey respondents said they only suffered from mild discomfort, but 44pc said it was painful enough for them to be aware of it. Four per cent described their RSI symptoms as “extremely painful.” ”

I have suspected for a long time that a larger percentage of workers than officially register an RSI do actually suffer from mild forms of RSI quite frequently. They are, however, perhaps just trying to deal with the symptoms themselves and are reluctant to appear like they are complaining to their employers about anything that may impact their job security or the perception of their ability to work.

Note: Despite searching for the actual survey results from  Enable Ireland, I can’t find an original source for it. If anyone has a link, please drop me a comment.

I did however come across this very useful looking document titled “A Tool For Everyone” about RSI for employers and managers on Enable Ireland website, which does reference a 45 percent figure, just not the survey I was looking for!