In an article titled “Intel: Chips in brains will control computers by 2020” in Computer Weekly a vision is painted of computers being controlled by an implanted sensor in the human brain.

The mind boggles at the mere though of this. It’s a very Orwellian concept. Imagine other sensors out there being able to read your thoughts – scary!

The human brain is not a device that tends to tackle one sole task at hand. Out thoughts are random, parallel, and varying in nature. You may be thinking about the weekend holiday ahead or be excited about a forthcoming birthday etc. How would thought control devices differentiate these ‘human’ thoughts from ‘control’ thoughts? Would your employer be able to see when you were not thinking about the project you are working on each day? Would they be able to pay you per thought control hour rather than per 8 hour day?

Only time will tell whether this plan comes to fruition, but it seems to be no more than wishful thinking. I suspect that if it does come into existence it will be treated very cautiously by discerning workers.

Ergomatters RSI Blog is reaching out with our RSI awareness effort with a presence now on Facebook, one of the world’s largest social networking web sites. Come and join us, become a fan and help spread the word! 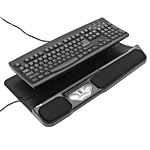 I have released a new page on the site which contains a list of  ergonomic products it’s also available from the main menu on this site.

The page is not so much intended as a page of products that I endorse. It is more a collection of the latest products in the field of ergonomic computer input as well as some key older products. It may contain ergonomic products which I find to be useful, potentially useful, or completely bizarre, and will where appropriate have my comments on the product and if available, a link to a review that I have done on the item. I will clearly state whether I have/have not used the product.

The page will be updated/added to as new products appear on the market.

If you are a manufacturer that would like to have their product listed or reviewed by Ergomatters please contact us.

The changes keep happening this month. Hot on the heels of the release of our new RSI FAQ page, we have decided to change the site with a new revamped look and feel. Hopefully you all like it. Its a great advantage being married to someone who does web development for a living and who doesn’t have RSI! 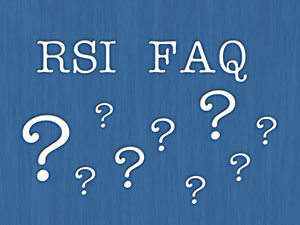 I am happy to announce the release of my latest update to this site, a Repetitive Strain Injury (RSI) Frequently Ask Questions (FAQ) page along with answers! This is basically a download of information from my head as to my understanding of RSI, along with relevant links and information, and is without doubt the largest information release I’ve done on this site. Hopefully you will find this useful. Please feel free to comment and share.