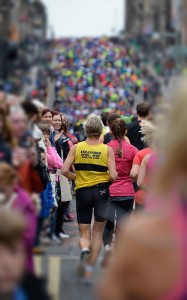 I have been running more and more over the last three years for fitness purposes as well as for the prevention of middle age weight creep. It has been an interesting journey and one that forces you to analyse a lot of your associated aches and pains on a continual basis. Firstly, you try to identify and resolve them before they can manifest themselves into something more sinister and become a long term injury.

Running, especially longer distance road running, is a very repetitive exercise, with the same cadence, same stride and same motion again and again. This repetitive motion often leads to localised tight spots (knots) in the muscles that are doing all the repetitive work. I have found very sore tight muscle ‘knots’ in the calves, quads, hamstrings, and gluteal region. These points can be very painful in themselves or can refer pain to other areas. This can often curtail running activity until they are addressed.  Addressing muscle ‘knots’ is done via massage. Self massage can be done, and quite often it is useful to target certain areas with a foam roller or in the case of the hamstring by sitting down whilst laying the hamstring on top of a lacrosse ball  with the leg extended. Usually massage treatment can sort the tight spot very quickly and allow me to go back and run again within 24 to 48 hours.

The reason that I bring the running example into the discussion is that running as a repetitive motion can be used as an analogy for daily keyboard or mouse use, which involves constant repetitive motions of the hands and forearms for hours at a time. We are letting our hands and forearms do the equivalent of a long distance run every day, producing the same type of muscle knots in the forearm that runners experience in their legs. The muscle knots in the forearms then refer the pain via the tight tendons down into the hands and fingers causing the referred pain that we are all familiar with and call RSI. It is only through awareness, self treatment and education that we can learn how to prevent RSI from becoming a long term, debilitating problem. 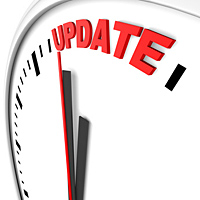 OK, time for a progress report on trigger point therapy, its been six weeks since I started to do some trigger point massage. Have I seen some improvements? Yes. Has my RSI pain improved? Yes!  Has my RSI gone? Not yet!

Before starting Trigger Point Massage it is essential to understand the anatomy of the forearm muscles and what they do, where they form muscle knots and where they refer pain to, and as discussed in a previous post, the Trigger Point Therapy Workbook is a great place to start with this understanding.

Massage was done mainly by supported thumb, and knuckles, 3-4 times a day. Excruciating pain was experienced during massage from many of these trigger point areas, and as such can lead to a reluctance to continue, however I just had to keep saying to myself  “this muscle is sore and it shouldn’t be”, grit my teeth and keep massaging!

Most of this period was spent in continual pain from the massage. It is a recurring theme with trigger point massage. Your arms spend a large portion of time in pain from the massage as well as the RSI condition. So there is very little opportunity to asses any progress. I reckoned, however, that if I am massaging sore tissue then that must be a good thing!

As the sore extensor muscles recovered from their intensive massaging of the previous weeks, the forearm felt less painful, but it was a gradual process. Sometimes taking a day or two off of massage treatments helps, just to give the arms time to recover and to allow you to assess progress. I had massaged out the eye-wateringly sore extensors, but there was some deeper down trigger points in lower muscle  tissues to try to access, as well as a persistent ache at the point where the extensors attach to the elbow. I also found a sore trigger point in my Extensor Carpi Ulnaris, which I subsequently found massaging can lead to a nerve type pain down the outer edge of the hand wrist and  little finger, which wasn’t good, and is something to be wary of. If you are trying trigger point therapy yourself, please be careful not to massage nerves!

I have used my thumb for massaging, but as stated in the Trigger Point Therapy Workbook, extended use of heavy pressure with the thumbs alone can lead to sore thumbs pretty quickly and as such is not advised.  The book recommends the use of balls eg tennis balls (or denser rubber ones) to roll your arm muscles against beside a wall. They also recommend a ‘Knobble’ which is a hardish object that you can grip with a knobbly protrusion which can be used as a pressure point for massage. I have generally just used my hands (knuckles and supported thumb) and a beach pebble (with smooth rounded edges) for massage through a fleece top, and both have worked quite well, although its very tempting to resort to using the thumbs which really should be avoided!

After massaging out most of the extensor trigger point (muscle knots), I still have sensitive tissue areas around the elbow where the extensors attach, and this area is still being worked on. After a suggestion from James of How I Overcame RSI I also checked the inner forearm muscle called the Brachioradialis which is a muscle on the inner side of the arm that attaches to the lower end of the upper arm, and is used to bend the elbow. Under this is a smaller muscle called the Supinator which turns the hand palm side up. Much to my surprise, I found trigger points in both of these especially at the points close to the elbow/lower upper arm. The book suggests that trigger points here can refer pain to the thumb area as well as the inner forearm, but James also indicated that in his experience they also referred pain to much of the forearm too. I also found a small trigger point on the Brachialis (bicep) of the right arm, and have massaged it too. The Trigger Point Therapy book says that this point can refer pain to the thumb.

Progress is actually a difficult thing to asses on an ongoing basis. As I have mentioned before this is because you are in quite a lot of  pain from the massage for a large part of trigger point therapy. You literally spend a lot of time massaging, and even after the sorest muscles are less sore, there are still a lot of aches around and you are still stressing the forearm muscles with massage. The only real way to assess progress is to take a two/three day halt in proceedings, and see how they are. I’ve done this a couple of times, and yes the arm muscle pain of RSI does seem to be improving, it’s just not gone yet!

I am, however, very encouraged by the less screamingly sore muscles in my forearms, and am tending to focus on secondary areas now. I still feel pain from typing and mouse use, but much less intense than before, which must be a good thing. How sore the pain would be after a more demanding day of computer use is another question altogether though!

There are also other potential areas according to the Trigger Point Workbook that can refer pain to the arms and hands, including the Scalenes (shoulder neck area) and Triceps (back of upper arms), so more investigation of these areas for trigger points is required. I also am doing a lot of deep probing of the forearm extensors and finding a lot of  trigger points down there, which are very hard to reach and even harder to massage on a continual basis. Some of these small painful muscle fibres appear to be narrower than a fingers width and as soon as you get a finger on them to do massage they disappear to the left or right of your massaging finger before you get the opportunity to truly massage them, very frustrating!

I should also add in that I am doing some wrist rotations to work the extensor muscles in a fluid motion using a weight of about 1kg, and am also doing some work with a Powerball in slow motion.

I will continue to update on my progress here as therapy progresses, although I am at this stage very encouraged by Trigger Point Therapy as a potential solution!

Some temporary RSI forearm muscle pain relief is achievable using an easy to administer method called contrast baths. I was taught how to use this procedure by a hand/arm physical therapist while living and working in the US.

The idea is to have two waterproof (plastic storage boxes work fine) containers. Each one  should be just greater in length than the distance from your elbow to you finger tips. These should be filled with water to a depth enough to cover your arms when fully submerged.

You will also need to have a clock or timer handy with seconds/minutes easily visible. A kitchen timer or stopwatch is good for this purpose.

The procedure is simple, and involves submerging your arms into the ‘hot’ bath for 1 minute, followed by submerging them for 1 minute in the ‘cold’ bath. Then repeat this switching between baths for 10 to 15 minutes (longer if desired).

You can repeat contrast baths a few times a day if necessary, but it may be impractical to do this at work. You could also increase the time from one minute in each bath to two minutes in each bath if found to be more effective.

This temperature cycling should help relax any stressed out muscles a bit, and give some immediate pain relief. At the peak of my RSI condition after coming home from work every night, I would do contrast baths to get some pain relief. Its a low cost and self administrable procedure that can help reduce RSI pain.

Please check with your health advisor first if you have diabetes, heart problems or Raynaud’s Syndrome before doing contrast baths so that they can determine whether it is advisable for you to proceed.