I have touched on many of the practical dos and don’ts about RSI, but what about its associated stigma and how it has the potential to change your employer’s perception of you?

Usually RSI sneaks up on you and hits you when you are most under pressure and least able to cope with or, indeed, rest from its causes. Often it seems RSI hits conscientious hard workers. In my case, I went from being a top performer to a problem employee in the space of  less than 10 years. This steady decline was not something that I wished for, wanted or felt happy about, but there was very little option, later at least, to change course. I could make management happy by working harder and thus continue to hurt my arms and hands, and I knew that backing off work would mean less throughput, less visibility and fewer financial rewards. It’s a vicious cycle.

I can remember how it ultimately felt when I quit. In one respect, there was the relief of being free from the cause of pain but, on the other hand, there was the bitter feeling of how the injury had made me fall from being a top rated performer to simply a problem employee in the space of 10 years. In truth, the injury had led me from loving my job to becoming almost disillusioned with it when I realised that I just couldn’t perform my role any more due to the pain. It’s a nightmare journey with a lot of frustration along the way.

It was also a sad day to finally say goodbye to my engineering position, in which I was qualified and had spent the best part of 20 years doing, in a career that I really had enjoyed. And, of course, the future lay before me with a very large question mark over it. There were a lot of mixed emotions.

The one thing that still rankles me is how the transition from a star employee to a problem one can happen. An injured worker isn’t very useful to a company and there is a breakdown in relationship between employer and employee when you get injured, which I guess relates to the business ethos. It’s a fact of life that, if you are limited in learning new things because you are injured, then you are becoming less and less useful. The only contribution for a long term employee is knowledge of the job. This can be tapped into in an advisory role for a while, but once that knowledge is imparted or becomes dated, your usefulness rapidly diminishes and you become a problem that needs to be addressed. Should I have done more? Should my employer have done more?  There are many open ended questions that linger with me to this day, ones that I know will never have an answer.

If I could change one thing, I’d have taken the injury more seriously a lot earlier. I can’t over-stress this point to anyone reading this who has just developed an RSI. It is very important to break free from the underlying causes before you too end up going from star employee to company problem.

I came across an article on the Dorset Echo’s website that referenced an employee who had been sacked by her employer for an alleged attempt to defraud them over an RSI claim. As part of their legal challenge to her claim, her employer produced over 60 hours worth of surveillance footage of her outside her home, shopping and going to the gym, and relied on around five minutes of this in her disciplinary hearing to disprove that she had a computer induced RSI ailment.

Civil liberty infringements aside, this example shows how ignorant some employers are to RSI and how it manifests itself. RSI is pain induced by micro movements of a repetitive nature, which ‘flares up’ and produces painful symptoms when doing many small micro movements over long periods of time eg typing on a keyboard or clicking a mouse. In bad cases, it can cause pain and weakness, for example in wrists, which may affect other activities, or other repetitive everyday tasks. The condition does not, however, generally affect the muscles groups associated with doing many tasks requiring larger motion, including most motions involved in working out at the gym.

The irony is that with RSI, activity that is based on large non-repetitive motions and especially cardio based activity should be encouraged since movement of the larger muscular groups will enhance blood flow to injured areas and promote natural healing. It should not be criticised and brought up as evidence against an RSI claim. To do so just shows the complete ignorance of the individuals and organisations involved.

It is a travesty that the perception is that someone with an RSI condition should be effectively seen to be in a wheelchair and/or doing nothing before they look like they have RSI to an employer. If they were observed continually texting on their phone or playing video games all day that would be a different story! However, being criticised for living a normal macro movement life whilst trying to keep fit and healthy is an outrage. 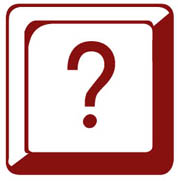 Lets break down each point and try to inject some solutions –

END_OF_DOCUMENT_TOKEN_TO_BE_REPLACED

In these stressful economic times, it can become commonplace to spend time worrying about whether we may be in danger of losing our jobs or not. As the economy downturns, some businesses will start to review expenditure and decide whether or not to downsize. This lingering threat can result in workers putting in extra hours in an effort to make themselves look less expendable.

Many of these jobs will involve working at a computer for many hours a day, often continuously. If employees are working longer, in stressful environment because of job security reasons, they will be exposing themselves to health risks on top of job security risks.

According to one article –

“The TUC said research among 2,600 union safety reps showed that almost two thirds reported that stress or overwork were a concern in their workplace.

TUC general secretary Brendan Barber said: “Stress casts a gloomy shadow over far too many UK workplaces. And as the

END_OF_DOCUMENT_TOKEN_TO_BE_REPLACED

OK, so you are experiencing a long term RSI condition, ie it has gradually worsened for more than 2 years. You are in continual pain at work and find it difficult to do your job. You have perhaps gone through consultations with ergonomists, doctors, physiotherapists and just about anybody who’ll listen, but still you find no relief. You struggle to remember what it felt like not to associate pain with computer use. You may be wearing an arm brace (and probably have a large collection of them by now), and you probably have a sizeable collection of strange ergonomic mice at your computer that don’t seem to help. Your employer keeps expecting the same work output from you and you stress about how you can get through it. You get by by doing what you can, but generally come home each night from work and feel anxious about the situation and the searing pain down your arms. You wonder what you can do, and how you are supposed to live a normal life – you can’t remember what normal life was like before this injury!

So what are the options then? Well I remember a great bit of advice from my father

END_OF_DOCUMENT_TOKEN_TO_BE_REPLACED

I found this article on the BBC News Magazine web page which got me all fired up just by it’s title “Are lunch breaks really for wimps?“. The article points to research which paints a truly scary picture of current work practices. The following are some quotes –

“Only one in six workers takes a regular lunch break.”

“One consequence of the credit crunch is that breaks are getting even shorter as job insecurity increases.”

“Employees are struggling to keep on top of to-do lists and think the answer is to work harder, eating a sandwich at their desk as opposed to taking a full lunch break, and also not having sufficient breaks during the rest of the day.”

“The vast majority of people are having lunch at their desk while working. That’s the average person now. Very rarely do they get out of the office.”

“If senior management create a culture that lunch is for wimps, it’s counter productive. We all need breaks.”

The research quoted in this article, if valid, foretells a very bleak scenario for

END_OF_DOCUMENT_TOKEN_TO_BE_REPLACED

In the office work environment, there are many interacting forces, politics and pressures, both perceived and real that can create the right conditions for RSI.

As human beings we have to deal with the mental insecurity of spending time thinking of how others perceive us. This can become magnified significantly in the work environment where the perception of your manager can be an overwhelming factor in whether you get a good pay rise or not.
The office culture of being pressured into sitting at your desk all day is pervasive. If you are not at your desk you may be perceived as being less productive. Trying to factor in time for the resting of injuries, walking around or

END_OF_DOCUMENT_TOKEN_TO_BE_REPLACED

Some readers may not know what it’s like to suffer from a computer related RSI (repetitive strain injury). The following provides a small glimpse into my previous life on a typical day at the office in a full time well paid job with a continual workload.

7.00am wake up. RSI pain feels best right now having had a good sleep. May feel even better if I have remembered to wear my wrist brace over night. If I haven’t, then I may have tingling/pain and numbness in the hands and wrists before the day starts – not good! (stress level 0/10, pain level 1/10)

8.30am put wrist brace on to drive in traffic to job. Between busy driving conditions and thoughts of workload ahead, I’m starting to feel less relaxed.  Arrive at work, on time, but a bit stressed after all that traffic! (stress level 2/10, pain level 2/10)

10.00am spent 1hr catching up on overnight emails, creating actions from them and replying to others (stress level 4/10, pain level 5/10)

11.00am spent most of mid morning working on latest priority work (maybe if I get this out of the way now, I’ll get to my real work this afternoon). Pretty absorbed in work, trying to

END_OF_DOCUMENT_TOKEN_TO_BE_REPLACED

If you are anything like I was, you are a good conscientious performer in your job. You may have been working extra hours to make sure you did a good job, you may also have worked evenings, weekends and even holidays. This is more often than not done to meet or exceed your goals, improve your chances of promotion and attain the related pay increases. It’s quite often the people who work hardest who are the most stressed in life, because they care about the quality of their work. They may often be the ones carrying the biggest workload, mainly because they are performing the best. This high pressure work may all be being conducted on a computer and therefore exposing the worker to some of the greatest risk factors for an onset of an RSI.

It would be interesting to do a poll of RSI sufferers in the industry and see how many correlated to previously ‘good’ performing employees, although reliable data may be very hard to obtain.

It’s an old cliche, but in your job you have to try to strike a good balance between