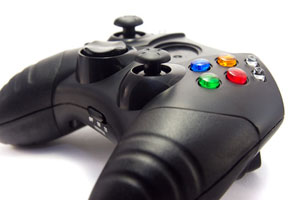 An interesting article appeared in the Times Online titled  “Doctors identify ‘PlayStation palm’ as a legitimate medical complaint” which takes a broad look at how more and more types of repetitive strain injuries originating from use of video gaming machines are being discovered. It should be noted that a ‘video gaming machine’ can encompass the set-top box variety, a full-sized PC or indeed a miniature hand held device, the only difference being the types of repetitive motion that the users engage in order to interact.

It should also be noted that video gaming is a highly addictive pastime (I speak from the experience of my youth). Video games are designed to be addictive; let’s face it, if they were not, players would rapidly lose interest and move onto something else, and the manufacturers would not sell many games.

There are usually very high levels of repetitive motion involved to complete a game stage and there are usually many levels to  complete, which allow the individual to achieve the elevated status of finishing that level (quite often against the clock) and progress to the next with a sense of achievement. There is a high degree of addiction involved in this process which can involve spending literally many hours in a sedentary position whilst making very repetitive motions with your arms, hands and possibly feet while using keyboards, mice, joysticks and other types of controllers.

In the specific case described in the article, a girl came down with a bad skin condition involving sore lumps in her hands and feet after playing for hours on a gaming machine. In a quote from the article that refers to a Swiss doctors’ report it states that,

“Excessive video gaming is currently regarded as an alarming health issue… Recently, organic pathologies such as acute tendinitis, called Wiiitis, or video game-induced knuckle pads have been added to the list of video game-related pathologies. We report… ’PlayStation palmar hidradenitis’ as a cutaneous (skin) pathology induced by console gaming.”

They also recommended that,

“If you’re worried about soreness in your hands when playing a games console, it might be sensible to give your hands a break from time to time and don’t play excessively if your hands are prone to sweating.”

It’s easy to make these recommendations but try telling that to an addicted game player when they are close to achieving that ‘next level’. The medical community does not currently appear to address the addictive nature of computer gaming as well as the resulting conditions. To be honest, I can’t see any way to control this other than extensive education or (more radically) forcing developers to programme in rest breaks to gaming software itself, maybe between levels (you can just see that happening!).

My guess is we will continue to see more and more of these types of injuries and more and more of them will be happening to children who still have a large portion of their computer intensive lives ahead of them. I think that the only way to truly address the problem is to educate parents about the dangers of such gaming systems and their potential for causing repetitive strain type injuries. However, its not just children who are at risk. How many grown adults spend their ‘away from work’ time playing 3-4 hours of video games a night? I’d say a fairly large percentage of the (mainly male) 15-30+ age group.

One reply on “Video Games and RSI”